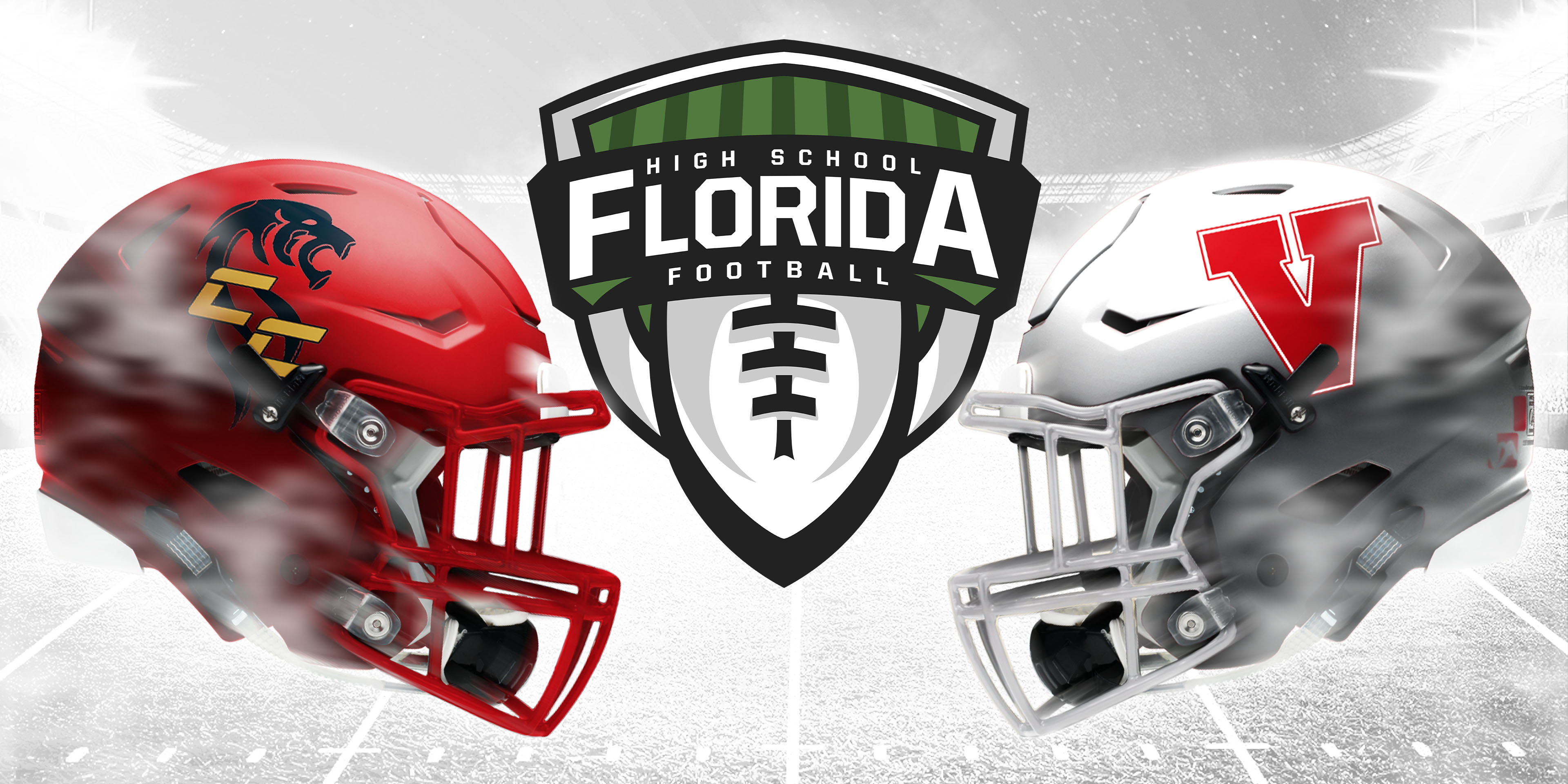 SKINNY: This is the second meeting overall between these teams, having met once before in 2013 in the Class 2A state championship at the Citrus Bowl in Orlando. However, both teams are totally different than they were six years ago which is where Champagnat won the first state championship in football in school history. This is Champagnat’s fourth straight trip to the Class 2A state championship game and their fifth overall since 2013. Champagnat has won two state championships in school history. Victory Christian is making their fourth appearance in a state championship game and their first since winning it all in 2013. For Champagnat Catholic the key player to keep an eye on is quarterback Ryle Aguila is the big player to watch for the Lions as he is can beat you over the top or surprise you on the ground. Aguila has 2,536 yards passing and 22 touchdowns on the season plus another 554 yards rushing and six touchdowns on the ground. Aguila’s favorite target is Malik Rutherford who leads the team in receiving with 691 yards on 39 catches and six touchdowns this season. For Victory Christian Keep an eye on Cornelius Shaw who is their main go-to guy on offense as he has rushed for 2,004 yards and 20 touchdowns on the season will be the biggest threat for Champagnat to contain.

OUTLOOK: Champagnat Catholic has the weapons to keep things balanced in the game on offense whereas Victory Christian doesn’t which is relying just mostly on the ground game. This could be a problem for the Storm in trying to win their second overall state championship in school history if they can’t figure out a way to shut down Aguila completely. For the Lions, the goal is simple – shutdown Cornelius Shaw. If they do that, they will win their third overall state championship in school history and first since 2017.