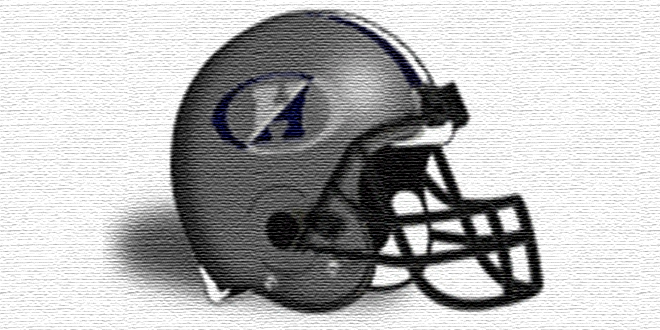 The Stallions were one of those teams that was hard to stop for the most part during the season, even beating sister school Plantation American Heritage en route to the Class 3A State Championship game. However, they were met by a dominate Jacksonville Trinity Christian team that did not allow them to score any points until the end of the game. As such, the Stallions finished last season as Class 3A State Runner-up, one season after failing to reach the playoffs.

American Heritage has had a smooth transition during the offseason as Stacey Sizemore departed from the school while assistant coach Keith Hindsley took over as head coach.

The first result of things going smoothly for American Heritage was the 33-0 shut out they pitched on Palm Beach Central that gives fans a lot of hope for the same with the Stallions this season.

The schedule is not going to be easy though as the Stallions are always willing to play competition all the way up to the highest classification like they did with Palm Beach Central in the spring. That will include games with district rivals Oxbridge Academy and Cardinal Newman as well as non-district games against Naples, Blanche Ely, Fort Pierce Central and Gulliver Prep. An out-of-state road trip to Bergen Catholic in New Jersey also fills the schedule.

Key players will include a lot of athletes being able to contribute to the running game with returning players in Devon Singeltary, Alec Sinkfield and Bryce Hill as well as transfer Cornelius Smith who is coming in from Dwyer. Greg Benoche will anchor on both the offensive and defensive lines while Lawrence Graham will help protect the line for the defense.

District 3A-7 changes up some with American Heritage and Cardinal Newman remaining, while Pahokee leaves to join the more appropriate rural Class 1A. Oxbridge Academy is entering it is first year of district play and will join the district for the next four years. It will be a fight between all three of these teams to decided the two playoff spots.

Friday 8/28 at Naples – What a way to get the season started here. The Stallions make a trip over Class 6A Naples and they will certainly find a team ready and waiting to challenge them. If the Stallions want to set the tone for the season just right, they must win this game, otherwise it could be a long week after that as they prepare for their trip up to New Jersey. Look for fans from both teams to fill the stands to watch this game.

Saturday 9/5 at Bergen Catholic, NJ – An out-of-state road trip for the Stallions and they are going up against one of the most nationally recognized teams from New Jersey here. The Stallions will either becoming in with a winning record or losing record depending on what happens the week before at Naples. Either way the Stallions have to be ready here to come out on top. There is a chance that the Stallions could be 2-0 coming out of this game, 1-1 or even 0-2. The record will all depend on how they come out of the gate to start the season.

Friday 10/2 vs. Oxbridge Academy – This game will put either American Heritage or Oxbridge Academy in the driver’s seat for the leader spot in the district. This will also control the playoff destiny of both teams knowing they will still have to play Cardinal Newman who could throw everything off-balance. The Stallions are the more experienced team here for this game, but Oxbridge Academy is a team not to take lightly.