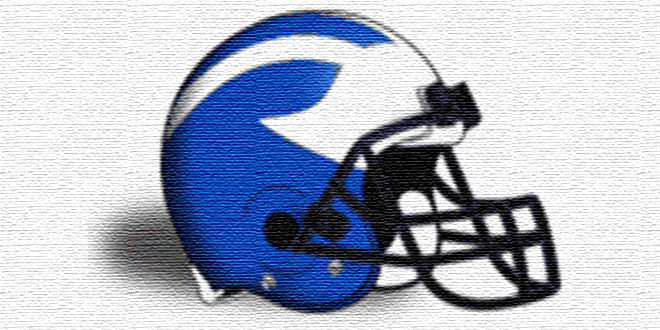 That is pretty much going to be the case for the Apopka Blue Darters this season as they come in looking to defend their Class 8A state championship.

However, it will be no easy pickings on the schedule for the Blue Darters with teams like Deland, Edgewater, West Orange and Dr. Phillips all gracing the schedule. That is nothing new though for a team that has a small school feel with a large school enrollment tucked away in northwestern Orange County.

Facing a couple of reality checks with offensive lineman Martez Ivey and athlete Chandler Cox gone due to graduation, new leaders are having to step to fill in the big shoes left open. Demetri Burch has certainly stepped in his role as quarterback as he performed well in the spring game against Kissimmee Osceola. The offensive line itself has introduced a couple of freshmen to the lineup who also performed really well during the spring as well and should be able transition easily into the fall schedule with ease.

Another deep playoff run is expected, giving the standard that has been set at Apopka.

District 8A-4 does not see much change with Olympia moving over to District 8A-5 while Wekiva rejoins Class 8A after a couple of years down in Class 7A. The Blue Darters will content with a strong West Orange team for the district championship, but are the favorites right now to win the district.

Friday 9/11 at DeLand – A longtime rivalry along the Interstate 4 corridor is back on after a while of not being on the schedule. This game will pit a team that is working it is way back up to being a playoff power in DeLand while Apopka will look to snatch a victory away from the home team on the road. Given the history of these two programs when facing each other, this is going to be one game fans will not want to miss out on.

Friday 9/18 at Dr. Phillips – We will likely get to determine who the best team in the West Central Florida region here. Dr. Phillips is like Apopka in a lot ways when it comes to youth. However, the biggest advantage Apopka has over Dr. Phillips right now is the state championship experience the Blue Darters have had over the last three seasons. Although this is a non-district game for both teams, this could be a potential preview of possible rematch come the Class 8A North State Semifinals in early December.

Friday 10/2 vs. West Orange – West Orange won this game last year at home, but failed to beat Apopka for a second time in the playoffs. Given the rise of the Warriors, this game will be a pure battle. With both teams having their own talent and unique styles, the fans coming to this game will get more than their monies worth.