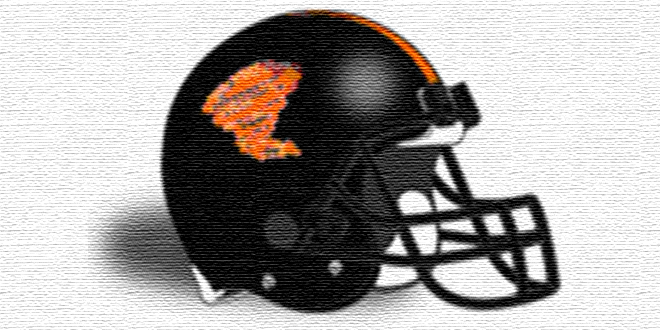 After a coaching change for the second straight season, the Tornadoes are still not laying off the gas pedal of the being the top dog in Class 4A.

Earl Tillman, who is going into his second stint as the Tornadoes coach knows the expectations are high and he knows that the fans are expecting the winning ways to continue. As such they are embracing the challenges of competing despite having a younger team this year where there will be many new starters on both sides of the ball. With all of this comes the challenging task of keeping their 41-game win streak alive when they go up to St. Thomas Aquinas Week 1.

One of the biggest new faces the Tornadoes will have is their quarterback. Eric Walker who is a transfer from Monsignor Pace will start this season for the Tornadoes. Walker will have some experienced targets to throw to in wide receivers Darrius Scott and Raymond Flanders, both who are seniors. However, the offensive line faces a challenge as a lot of starters are being replaced and they will have to grow up quickly to keep things clicking.

Defensively, the Tornadoes have Dedrick Mackey as the only returning starter on this side of the ball. Mackey will lead the unit and he will help other guys like Jaquan Beaver, Quinton Brooks and Malon Pelote transition into their roles in the defense to help them grow quickly.

Overall, despite the youth of the Tornadoes, they are still a top team worthy of watching as long as they winning keeps up this season.

District 4A-8 does not change much with all the same teams and new addition of Keys Gate Charter. Gulliver Prep is team that is looking to overthrow the Tornadoes this year as the top team in the district while Monsignor Pace and Miami Edison will look try to create their own damage in the district. It will be fun to see how things evolve in District 4A-8 this season.

Friday 8/28 at St. Thomas Aquinas – This is one of the biggest games of the year with defending state champions going to battle here. What is also nice is that this game will be on ESPN, so there is no reason if you are not a game, to not catch this game on the television. It will be interesting to see how both teams come out of the gate to start the season on this one.

Saturday 9/26 vs. Miami Central at Traz Powell– The Tornadoes have won the last two meetings against the Rockets, but this year could be different with the Tornadoes being a younger team while Miami Central brings back experience that could make this game very interesting for fans of both teams.

Thursday 10/15 vs. Gulliver Prep at Traz Powell – This game is likely to be for the District 4A-8 championship. If Gulliver Prep is on a streak at that point, the Tornadoes will find themselves in a major battle, but it could go either way with both playoff spots likely on the line here.