I've seen a lot of teams get smoked in the spring but came back in the fall as a powerhouse.  There are a lot of factors in the spring game where teams can have a lot of guys sitting out or not playin 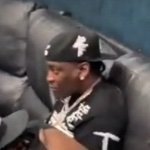 yall refuse to believe its the kids that choose to transfer. coaches can only do so much but ultimately these jits wanna win!