Is Treasure Coast a playoff team? 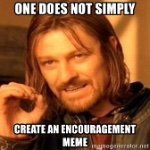 As a Vero fan I think they should have been in, they are one of the top teams in the region, despite their record and we should want the best teams in the playoffs. I for one respect what they did tri

I can’t see Aronson coming back by the week after next, he broke his thumb on 10/21 early in the Martin County game. Even if he’s out of the cast by then, a QB won’t be able to grip/throw a football l